Jesus Could Not Do Many Miracles In Nazareth

Just over a week ago I saw a friend’s WhatsApp status which stated: “the limitations in a man’s mind can overrule God’s plans for him.”

A hardcore Pentecostal Pastor & motivational preacher, my friend was merely rehashing classic Word of Faith teaching which I’d heard too many times, in several forms and from different sources. I felt compelled to respond, at which point he said the following as part of his defense: “The Bible said Jesus couldn’t heal the people because they didn’t believe in him. It didn’t say wouldn’t, It said he couldn’t.”

My friend here has merely repeated a classic Word of Faith retort where God is diminished and man is elevated, making God look powerless in the face of human unbelief and always needing faith and cooperation, without which he’s locked out, paralyzed, and unable to act. It is a common but regrettable misconception that is easily addressed with careful study of the text in light of other related texts.

Here is the passage in Mark 6 in which that verse is found:

“He went away from there and came to his hometown, and his disciples followed him. And on the Sabbath he began to teach in the synagogue, and many who heard him were astonished, saying, “Where did this man get these things? What is the wisdom given to him? How are such mighty works done by his hands? Is not this the carpenter, the son of Mary and brother of James and Joses and Judas and Simon? And are not his sisters here with us?” And they took offense at him. And Jesus said to them, “A prophet is not without honor, except in his hometown and among his relatives and in his own household.” And he could do no mighty work there, except that he laid his hands on a few sick people and healed them. And he marveled because of their unbelief. And he went about among the villages teaching.” (emphasis added)

The Context – The Nazarethites’ contempt and rejection of Jesus

First off, the passage is about Jesus being REJECTED in his hometown or “village” as we would say. Jesus himself had “testified” that a prophet has no honor in his hometown and among his people (verse 4, John 4:44). What does this mean for how we interpret this verse? Everything!

This is because, in many other places, scripture tells us about the purpose for which God had empowered Jesus with the ability to perform signs and wonders during his earthly ministry. The reason was not merely to extend God’s niceness and compassion to the hurting or oppressed people, even though that would be a part of it. The primary, clearly stated reason was so that people will know that Jesus had God’s backing and in fact, was the Christ and Son of God prophesied by the OT Prophets. His miracles were his certification – his proof of divine authenticity:

22 “Men of Israel, hear these words: Jesus of Nazareth, a man ATTESTED to you by God with mighty works and wonders and signs that God did through him in your midst, as you yourselves know… – Acts 2.

In other words, Jesus’ miraculous works had everything to do with people repenting and placing their faith in him. That was the whole point.

Unlike other communities, the people of Nazareth rejected and did not believe in him. Their contempt for him was largely because they knew who he was (or so they thought) – his parents, brothers, sisters, history, etc. They’d watched him grow up and knew which schools he’d attended, where and how he’d apprenticed and worked as a carpenter, and other details of his life that didn’t make it into the NT narrative. As the saying goes, familiarity breeds contempt. It breeds pride and unbelief too.

In verse 2, the Nazarethites admit that this was the same Jesus they’d watched grow up into a man but wondered how he’d somehow acquired the wisdom and miraculous works they now heard and witnessed. Rather than come to him with an open mind, they became deeply offended and refused to believe in him (Matthew 13:57, NLT).

In practice, this would mean they did not even bother to come to Jesus to hear his teaching (at least not with an open mind and heart) or be ministered to by him at all. Unbelieving people don’t go out of their way to seek out someone they not only do not believe in but also despise.

What the verse does not mean

So, the verse cannot mean that the people of Nazareth had come to Jesus in droves as usual, waited in line for their turns, but when he prayed over their sick or laid hands on them, nothing happened. God forbid! Scripture never records such a travesty, which is what surprisingly many preachers like my friend here are implying – that Jesus’ power was somehow limited or neutralized by the unbelief of his townsmen such that they did show up to be healed, but he couldn’t quite perform, with only a few exceptions. This is not what the verse or passage means.

Given this context, it must mean that they would not even come to him and so Jesus in that sense, could not replicate his usual deluge of miracles in that single location. Therefore, it says he only healed a few people he could literally lay his hands on. Nothing is said of him failing to heal somebody who had enough faith to actually present him or herself to be healed. Again, God forbid!

I say God forbid because of the implication of what it means for Jesus (or any God-sent Prophet or Apostle for that matter) to pray over someone, lay hands, put mud in the person’s eyes, anoint with oil, or whatever else he wanted to do, but the person left at the end of the encounter, not healed or the miracle is not accomplished. That would indicate that God is not all-powerful and has failed at something he tried to do, at least once. This is simply impossible and inconceivable.

We must be dreadfully careful and repent of denigrating God in favor of anyone or anything, including man or the Word of Faith movement’s unbiblical concept of “faith”.

Scripture teaches that God can overrule unbelief whenever he wills. I’ll cite some examples of this in 2 weeks’ time. Be sure to check in then. 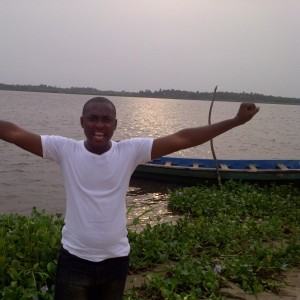