I’m Sorry, We Are Not Christians

I know this may come as a shock to you, my dear friend. I am recovering from the shock of this discovery myself. I recently discovered that all this while, we have been lied to by men who did not know what it meant to be saved. I’m sorry, but I do not think we’re Christians. It is with deep sorrow that I write this letter to you.

I remember the day we came out to say the sinner’s prayer. That famous evangelist had been in town. We were smitten by his words and moved to tears by his oratory. Surely, you can remember how he told us that all we had to do was “come out and just be sincere.” I thought we were sincere. We were in tears, we were broken, we had experienced contrition. Did we not feel the workings of God in our hearts while the keyboardist played the soothing melody on that minor key? Did we not step out in sincerity and with the desire to be saved? Were we just carried away by the emotions the music produced in our hearts? How was it all a lie?

How about the spiritual gifts that we exercised? I can vividly remember the word of knowledge that came to me during our Night of Glory program. It had been concerning the impending death of Sister Gloria. I had received that revelation in order to stop that tragedy. Did she not affirm that she had been unsettled in her mind concerning her proposed journey the next day? Was she lying? What about your gift of tongues’ interpretation? You were able to decode the hidden messages in spiritual languages? Were we merely self-deceived? How was it all a lie?

I thought we were Christians. Imagine my shock then to realize that I had never repented of my sins. I had been deceived into a Christianity that didn’t address the problem of man’s sins. I had gone on in my sin, thinking that all God wanted was my heart. Not my deeds or anything else, but only my heart. How did I believe this?

Imagine then my shock to read in the Scriptures that “neither the sexually immoral, nor idolaters, nor adulterers, nor men who practice homosexuality, nor thieves, nor the greedy, nor drunkards, nor revilers, nor swindlers will inherit the kingdom of God (1 Cor. 6:9-10).” But we were told that God would accept us “just the way we are,” without turning away from our sins and turning to Him, that His reckless love would overlook our sinful lifestyles and our constant disobeying of His commands. Never did we hear that Jesus came to save us from our sins. I believed He came to save me from my failures and diseases and to give me a wonderful life. But I did not believe He died to free me from the power of sin.

But I put my trust in something other than Christ. My trust had been in my works and a prayer I prayed two years ago. But I never trusted Him for my salvation, nor did I repent from my sins. I never experienced godly sorrow. Oh, how dreadful it is to realize that I had believed myself saved when I was not! Imagine standing before Jesus on the Last Day to hear Him utter those painful words: “I never knew you, you worker of iniquity.”

I have been a worker of iniquity, a lover of my sins, and a different gospel. Dear friend, we have believed a false gospel. And we preached that false gospel. We have held onto broken cisterns that can hold no water. We have never been to the Fountain of Life. Dear friend, we are not Christians! I write this letter to you in tears.

I pray that He saves us. I have been told to look to Christ and his finished work for my salvation. I have been directed to meet Him at the cross and to trade my ashes for beauty there. Let us look to Him. Let us run to Him. Did He not say in His word that he would not cast out whoever would dare to come? Did He not say that we should come, the labored and heavy laden, and He would give us rest? Let us dare to meet Him. Has He spoken and He will not do it? Would He bid us come if He would not meet with us?

Let us go, dear friend. Then, and only then, can we experience the saving power of Jesus Christ. 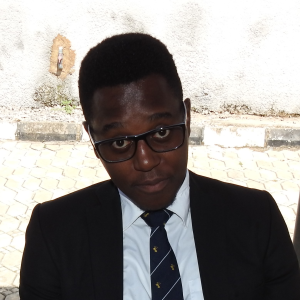 2 thoughts on “I’m Sorry, We Are Not Christians”