Doctrines Of Grace: An Introduction

Over the next few weeks, I will be writing on The Doctrines of Grace; I’ll be answering questions I have gotten and other common questions on each of the doctrines. So, without further ado, I’ll introduce the subject.

What are the Doctrines of Grace?

The Doctrines of Grace are the doctrines that describe man’s condition, by and after the fall, and the way God saves man from eternal destruction.

It explains, just as the Scriptures do, man’s condition in sin and God’s sovereignty in salvation. It describes how a Holy, Almighty, All-Powerful God reconciles sinful man to Himself.

The doctrines, five of them, are summarized with the mnemonic, T.U.L.I.P.

A mnemonic is a way of summarizing a list of things to make it easier to remember. For instance, in Nigerian Secondary Schools, we are taught the mnemonic: My Very Eyes Must Just See Under Nine Planets; This is to place the order of the nine planets in our solar system.

The doctrines of Grace are as follows:

This doctrine explains what the Scriptures say about man’s condition by and after the fall.

When Adam sinned, his transgression and guilt were imputed to all of his natural offspring. Thus, through Adam’s sin against God, sin entered the world (Rom. 5:12).

Without the Holy Spirit’s regenerative work, Man is left in his natural state, active rebellion against God due to his bondage to sin.

From the foundations of the world, God has chosen a people in Christ to save from their sin for the praise of the glory of His name.

God’s choice, or election, was not based on future performance or something these elect will do; it was entirely God’s choice and not based on anything the elect have done or will do.

God, therefore, as shown in the Scriptures, is sovereign over everything, including salvation.

At the appointed time, God the Father sent His Son, our Lord Jesus Christ, to come here on earth live a perfect life and die for the sins of those whom He–God the Father–has chosen in his Son before the foundation of the world.

The atonement Christ offered, therefore, at the cross is not a potential atonement, but a definite one for the sins of those whom Jesus referred to as “…everyone the Father gives me” (John 6:37) and “My sheep hear my voice, I know them, and they follow me” (John 10:27).

This doctrine, therefore, asserts that Christ died for a specific people whom the Father had chosen in Him before the foundations of the world. Christ knows them, and they–the sheep–know Christ’s voice, and when they hear his voice, they follow Him.

God the Father chose the elect before the foundation of the world. In the fullness of time, Jesus Christ came into the world to live a perfect life and die a substitutionary death on behalf of the elect. Then, the Holy Spirit comes to exercise the atonement of Christ made on behalf of the elect by convicting them of their sins, giving them a new heart that seeks God (Eze. 36:26), and granting them the gifts of repentance and faith.

Perseverance of the Saints

This doctrine teaches what Paul taught in Romans 8:29-30, “For those God foreknew, He also predestined to be conformed to the image of His Son so that He would be the firstborn among many brothers. And those He predestined, He also called; those He called, He also justified; those He justified, He also glorified.” as well as in Philippians 1:6 “And I am sure of this, that he who began a good work in you will bring it to completion at the day of Jesus Christ.”

Those God had chosen (predestined), he will eventually glorify. In whomever, God began the work of repentance he will surely bring it to completion on the day Jesus comes again.

Finally, Jesus also taught this doctrine in John 10:28. Speaking about his sheep, he said, “I give them eternal life, and they will never perish, and no one will snatch them out of my hand.”

No one can snatch Jesus’ sheep out of His hand.

The Doctrines of Grace teach what the Bible teaches regarding the natural state of man and the Sovereignty of God in salvation.

I would be going into much more detail, looking at each doctrine at a time, giving responses to the questions you or anyone else might have and other questions I have received in the past year or so. I hope by the power of God’s Word, God will glorify His name.

If you have any questions or arguments against the Doctrine of Grace, I would like you to comment below. 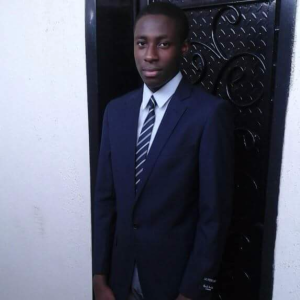